A Skeptic’s Guide to Spirituality

Last week I stumbled upon a Facebook post from David “Avocado” Wolfe. It was a picture of Dr. Otto Warburg, 1931 Nobel Prize winner for cancer physiology, emblazoned with the quote “No disease, including cancer, can exist in an alkaline environment.”

I felt the familiar mix of righteous indignation and disbelief boiling to the surface of my skin. It loaded my larynx with an audible projectile and fired “Bullshit!” from my mouth like a heat-seeking missile. Fundamentally the statement is true, but the purported claim that Wolfe is alluding to, that alkaline based diets can cure cancer, is not. Typical of his methodology it has been extracted from its original context and reconstructed to enforce his bogus, pseudo-scientific agenda.

I am inherently a skeptic; in a post-truth world where facts can be pulled from thin air like magical spells, I find it increasingly necessary to employ skepticism as a defense mechanism. As more young people turn to platforms such as Facebook and Twitter for their news, greater action must be taken by the social media giants to prevent the mass spread of misinformation to those without such a filter, (we only have to look at Russian bots to see the dangerous consequences of inaction here.) Skepticism by definition however, is not synonymous with obstinacy.

“Skepticism is not a position that you stake out ahead of time and stick to no matter what.” — Michael Shermer (Publisher of Skeptic Magazine)

This unyielding position is where I had rooted myself regarding maters of spirituality. I was (and still largely remain) an atheist, and regarded anything that could not be explained through scientific theory as dismissible evidence, if not dangerous to the progression of humankind. As a doughy amalgamation of atoms and electrical signals I alone would have to navigate through the obscure maze of existence, without the help of divine intervention or transcendence of being.

Why then with all the certainty of this knowledge did I feel so disillusioned? The coping mechanism for my inflating anxiety, like many others in my generation, was subscribing to various forms of intoxication as a means to escape reality. Friday through Monday was a roller coaster of soaring highs and crashing lows, the latter of which were growing in strength and duration, and just when my mind and body were verging on repair the cycle would begin again. It was only in the resolution of January that I decided to contemplate an alternative.

Drinking, my old crutch, had to go, at least temporarily. I often partook in the seasonal ritual of Dry January but what I needed was a longer period of abstinence. So I settled on a dry quarter, of which I am currently half way through completing. After researching numerous meditation practices, (a task that ironically made me feel anything but Zen), I decided to try yoga as it boasted benefits for both the body and mind. I walked into the first yoga class of my life in January 2018 with that old feeling in tow but I left with a glimpse of inner peace previously unbeknownst, and six weeks later it no longer follows me in. I genuinely feel more emotionally stable and actively engaged in my life than ever before; my anxiety has all but diminished.

Now this isn’t to say that I will begin tying healing crystals around my neck, assiduously searching for meaning in tarot cards, or flying to Peru and embarking on a shamanic healing journey; my inner skeptic still helps guide me towards truth. However learning to let go of my reluctance to embrace things I don’t fully understand is helping me lead a more fulfilling life. And who knows, maybe one day I will finally attune myself to the infinite consciousness they keep telling me about in yoga. 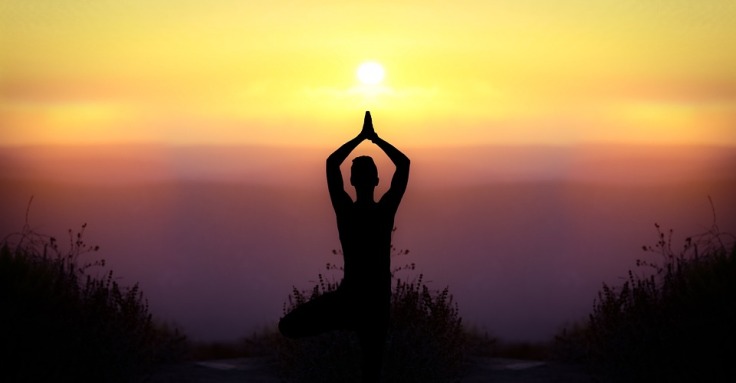 6 thoughts on “A Skeptic’s Guide to Spirituality”